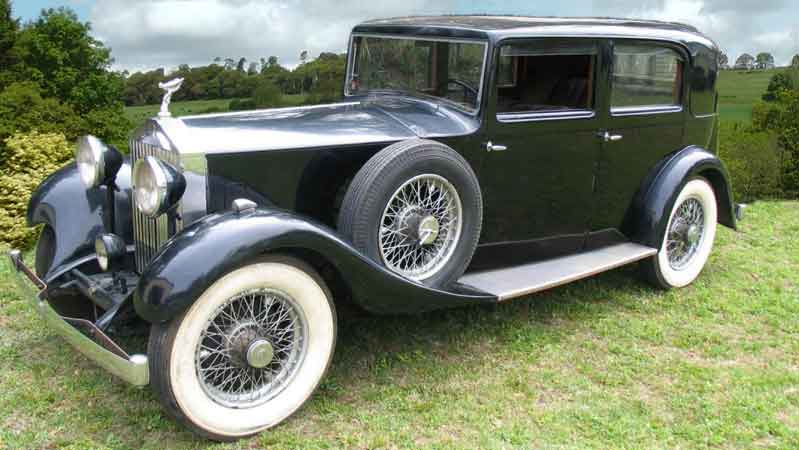 Back in 1929 the world was still suffering from the effects of the great depression. Many people who had been financially successful prior to this found that they were having to sell assets in order to survive, so this was not a good time to be a manufacturer of top of the range motorcars. Many of them, unable to sell their stock, were forced into bankruptcy.

The management at Rolls-Royce were looking at an uncertain future. Up untill then they had built cars which were designed to be driven by a chauffeur, with the owner lounging in the back; but the decision was made to go just a little bit downmarket and create a car which would appeal to the owner driver.

Such was the prestige of Rolls-Royce that this car, initially with an engine with an RAC rating of 20 horsepower, was well received. However, the company was still producing just the basic chassis, leaving the customers to choose a coachbuilder to finish the vehicle off, and many of them continued to add the same sort of bodywork that they would put on earlier and more powerful models.

This meant that the weight of all this blunted the car's performance, and a so more powerful engine, producing 25 horsepower, was introduced. This proved to be a good move and between the wars this model was the company's bestseller, and quite possibly saved it from the fate which had overcome so many of its competitors.

Buyers were delighted that they were again able to have a genuine Rolls-Royce with their own individually designed interiors and exteriors, at a lower price than previously, and eventually more than 3500 of them were sold; many of them still surviving to this day.

Whilst the majority were made into sumptuous saloons a number were created as small coupes or even two seaters; and whilst they could never really be described as true sports cars these varieties were quite nippy and exciting to drive.

Needless to say, despite the lower prices the cars were still created to the same high engineering standards as before, and the combination of a quiet and reliable engine, and handmade bodywork, means that surviving examples still fetch extremely high prices today.

Next Car Of The Past ➠